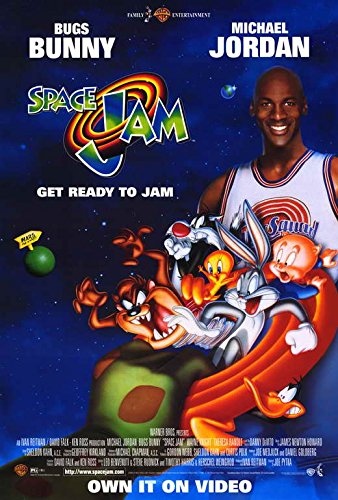 Hbomberguy, The Transformers: The Movie, and Nostalgia as a Prism

Harry Brewis (YouTube codename Hbomberguy), better known as of late for his “Donkey Kong Says Trans Rights” charity stream, has a deep library of good video essays about pseudoscience (he's not down with it), woke brands (he's also not down with it), and VHS tapes (he's down with it). And his latest one is a 45-minute reflection on the 1986 feature-length toy commercial The Transformers: The Movie, aka The One Where Optimus Prime Dies.

Brewis juxtaposes the light, sugary Saturday morning antics of the TV show (which, I insist on repeating, was a glorified toy commercial) to the darker, more nihilistic tone of the movie. He calls it the point in his life where he realized that all things die. It's not exactly a close reading, but it gets to the heart of why this movie is so beloved people or a certain demographic without chalking it up to pure capitalistic cynicism or multimedia brand loyalty.

There's a prevailing sentiment that nostalgia should be looked at with deep suspicion or even outright hostility. I do get that. At the risk of making outlandish statements that I can't possibly back up, nostalgia has poisoned the pop culture landscape. It's why we're stuck in an ongoing cycle of regurgitated IPs spearheaded by warring monopolies, or why grown men who bequeath sacred cow status to a fart comedy where Dan Aykroyd gets a blowie from a ghost derail actual-ass human lives with cries of “cooties!” Nostalgia is a tempest that provides its own teapot, only now that teapot is the internet, and we all have to live inside of it.

But nostalgia is also a useful lens through which to view the artifacts of our past. This is how Brewis frames The Transformers: The Movie: a not-great film that shines brightest when it leans into a kind of optimist philosophy, where “the power of leadership and hope and unwarranted positivity in a dark universe has successfully vanquished the pessimistic nihilism that encroaches upon us all when bad things happen in our lives.” Galaxy brain shit maybe, but still a fun, thoughtful, emotionally-engaging trip through the cultural detritus of the 80s. Also any excuse to jam arena-cheese titan Stan Bush or force of good in the universe “Weird Al” Yankovic is right on by me. 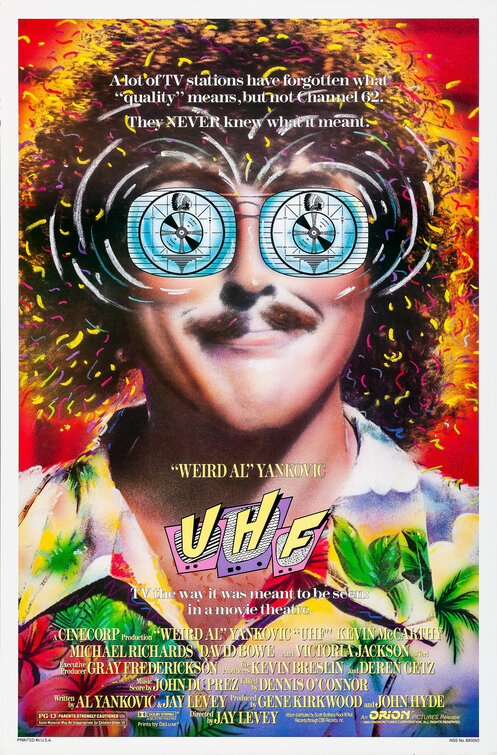 Speaking of Yankovic, Brewis's journey with The Transformers: The Movie mirrors mine with UHF. It was one of the first DVDs I ever owned and I played the shit out of it. I thought of it as little more than a series of goofy pop culture riffs that 0% of my peers got. Which obviously it still is. Now, a lot of those jokes haven't aged well (is there an actor who got a rawer deal in the 1980s than Gedde Watanabe?), but I still love this movie because there's a community-minded anti-establishment streak to it. Goofiness for the common good. Daring to be stupid, if you will.

Mandy, or Nostalgia as Cinematic Language

It's getting to be list season very soon, and while there are a bunch of movies that are in the running for my big gold belt that I have not seen yet (I'm looking at you, The Night Comes for Us), I sincerely doubt anything will knock Mandy from the throne. It's no secret that I am in the tank for this movie (wrote a glowing review of it and everything). After watching the equally mind-melting Beyond the Black Rainbow in 2011, I was excited to see what writer/director Panos Cosmatos had lined up next. My patience was rewarded with what is not only my favourite movie of the year thus far, but a surefire first-ballot entry into the Head Film Hall of Fame. There's rad bugfuck details stacked floor to ceiling, but it's also a film of cosmic sadness and great warmth (Nicolas Cage gets to be wild and tender in this).

And it looks fantastic. Cosmatos and director of photography Benjamin Loeb (Hello Destroyer, King Cobra) saturate the frame with bold colours, evocative lighting, and glorious phantasmagorical excess. The always-perceptive Evan Puschak over at The Nerdwriter released a video last week diving into the film's style by examining its use of grain as an aesthetic signifier. What has come to be an analogue fetish object in a digital age, Puschak explains, is delpoyed by Cosmatos as a tool rather than as a reference. Even though Cosmatos' pool of images is easy to parse (70s/80s Euro-trash, sci-fi paperbacks, prog rock album covers, back issues of Heavy Metal), the way he creates his visual tableux are unbound in time and inextricable from the story. “Style over substance” doesn't hold water as an argument when the two are so deeply intertwined.

I can't wait for number three.