Back in 2014, one of my favourite music writers, Steven Hyden, wrote and article for the late, great website Grantland called “The American Band Championship Belt,” in which he anoints a series of groups as the one that towered the highest of all over a series of reigns stretching back to 1964 (inaugural title holders: the Beach Boys).

Now, you may or may not agree with the methodology or ever the titleholders. I mean, sure, Tom Petty and the Heartbreakers are an “and the” band, but their output transcends their generic moniker and they'd have easily fit in between Talking Heads and R.E.M. And according to at least one person in my office, it was offensive to give Guns N' Roses the belt for four years when Public Enemy was still on the table. But ultimately this is just a fun thought exercise, a way to think about the evolution of popular music through the years.

The last title holders were the Black Keys, whose run started in 2011 and ended when the article was published. Seeing as how Dan Auerbach and Patrick Carney haven't put out a record as the Black Keys since then, I think it's safe to say they've vacated the title. But who shall step up and take the mantle? Now, it stands to reason, but what follows is just my own continuation of this lineage, an opinion free from the shackles of rightness and wrongness. That said...

Photo: The Come Up Show

The pairing seems obvious in hindsight. That it took Killer Mike and El-P, two indie rap titans who had been putting in creative, acclaimed work as solo artists since the early 00s, until 20-goddamn-13 to record their first full album together is kind of surprising. What isn't surprising is how great the records they've made as Run the Jewels are; all three so far have been powder kegs of tag-team hip hop fury. If anything, the get this belt because their partnership is so fecund. They bring out the absolute best in each other as performers, and they've been conquering the world, and the charts, since. The title is theirs to hoist here because their records slay, their urgency is timely, and their indie spirit is undimmed. 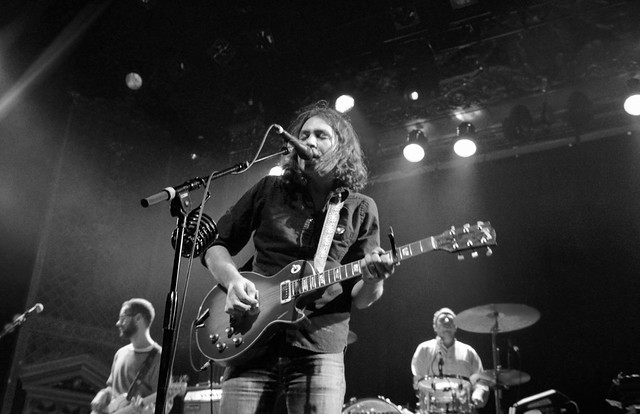 I admit this is kind of a wishful thinking pick. Right now, Run the Jewels are busy touring arenas and being awesome, and I can't imagine any future work is going to dull their prior highs. But I feel like I need to reward the War on Drugs for not only putting out one of the great records of 2017 in A Deeper Understanding after three years in the woods, but for putting a rock record out in the “rock is dead” era that both critics, fans, and the public at large rallied around and embraced. I don't know what this says about the rock music idiom. Maybe Adam Granduciel is onto something. Maybe the way forward is to look back and pick apart the forms of yesteryear and re-examine what makes them work on a technical and emotional level. Or maybe the idea of the world-dominating rock band is just going the way of the dog. As Hyden said at the end of his article:

The last six years are the weakest ever for American bands. It’s not even close, really. There are still good bands, but they don’t matter like the other groups on this list.

And that six years has now become 10.