Last night I watched Jodie Mack's excellent Dusty Stacks of Mom: The Poster Project (elevator pitch: experimental stop-motion documentary about the rise and fall of a poster shop run by the director's mom and the history of the poster as cultural object, all set to a charming lo-fi rewrite of Pink Floyd's Dark Side of the Moon). I got to thinking about the decontextualization and recontextualization of pop imagery, of posters as contemporary icons; the Scarface posters used in Dusty Snacks of Mom mean something very different than a Scarface poster on a dorm room wall. The movie destroys the image and warps the soundtrack to shed light on both not as works of art, but as commodities.

Which got me thinking about Ways of Seeing. The 1972 BBC series hosted by John Berger is nearly 50 years old, but has lost none of its freshness and power. Having posters front of mind while rewatching it proved resonant. In the second episode, Berger breaks down the tradition of the classical nude, whose subjects Berger says “seen naked by others and yet not recognized for oneself.” The same can be applied to cheesecake posters. The fourth and final episode concerns the imagery of advertising (which is what poster is, ultimately, extending the tendrils of brand awareness one dorm wall at a time), whose chief purpose is, in Berger's words, manufacturing glamour. 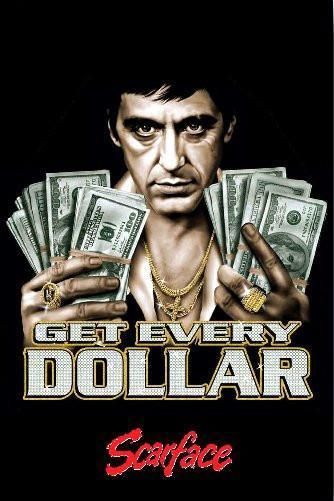 Says Berger in the preamble to the final episode:

Where do they exist, these fabulous rewards and objects and people? Where do they belong to? Here, there, or nowhere? They come with us everywhere. We take them away in our minds. We see them in our dreams.