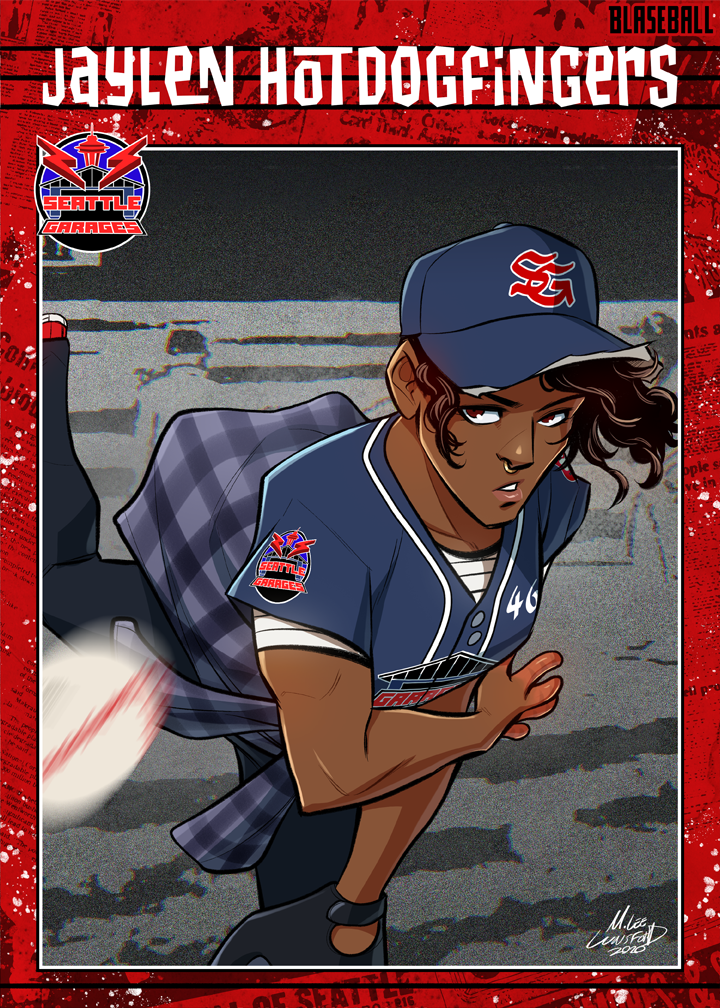 When I created my account on blaseball.com six weeks ago, the words “Jaylen Hotdogfingers” didn't mean anything. It was a silly placeholder name given to a collection of numerical attributes that, like all the players in Internet League Blaseball, were the little LED lights a gussied-up version of that handheld baseball game Mattel made in the late 70s. Hotdogfingers's team, the team I chose to root for, was the Seattle Garages. I chose them in part because I was still high off the brilliant Jon Bois/Alex Rubenstein documentary about the Seattle Mariners that came out this year.