A Cat Lost and a Cat Found 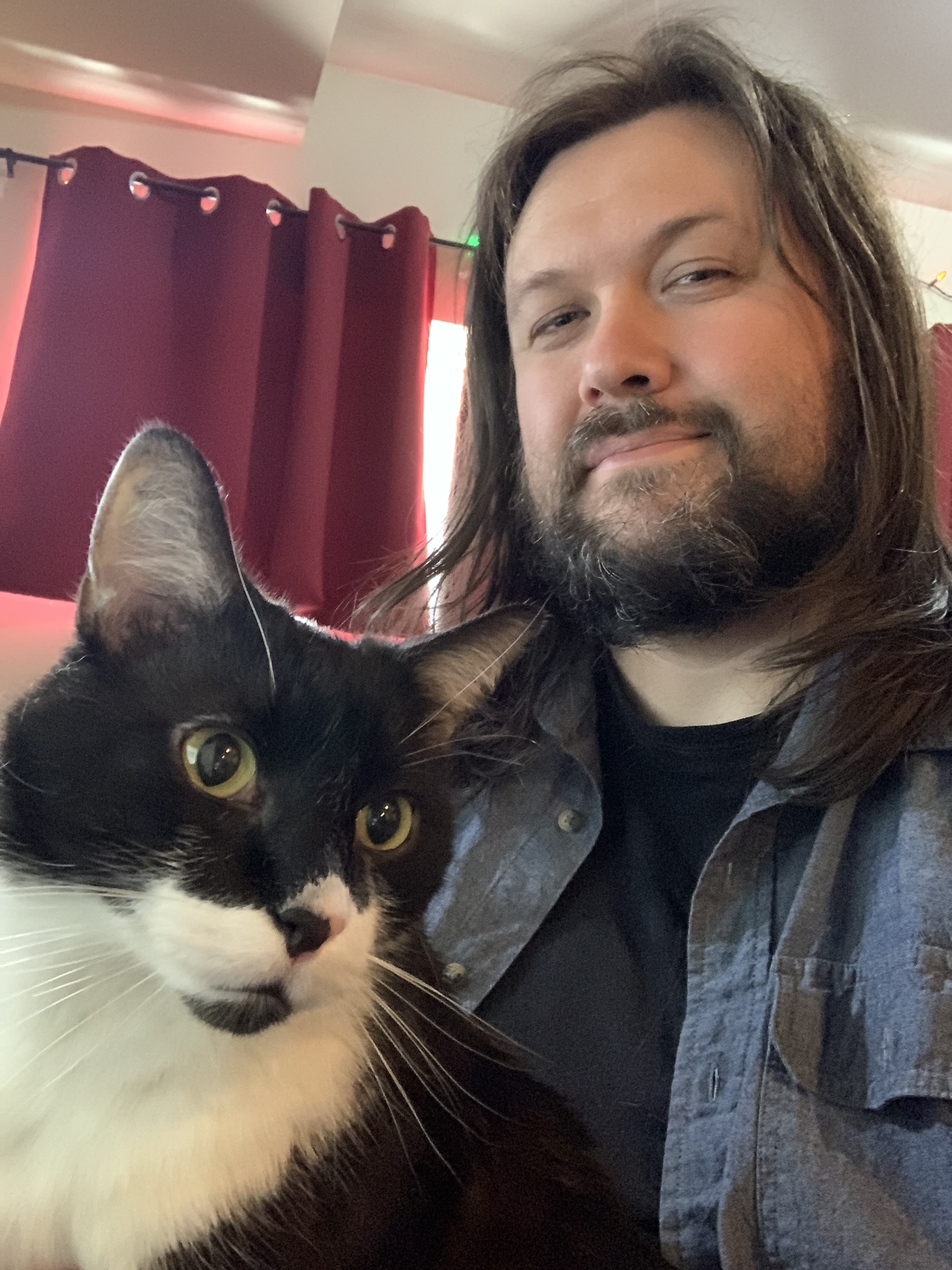 Note: this article contains instances of death, both animal and familial, bodily injury, and hospitalization.

I'm kind of in the middle of an annus horribilis.

Save for my yearly roundups, I don't mention personal events all that much on this blog. And none of what I'm about to share was jockeying for a spot on the Top 100 come December. You'll understand why.

In March, five days before my 34th birthday, my father died of a heart attack. He was 56. He was driving a snowmobile at the time. This was less than a year after he got heat stroke working on a roof, fell the fuck off, and ate shit on a bed of decorative stones two storeys below. An unromantic ending to a tragic, country song-ass life. The funeral was a pain in the ass to get to and was a deeply awkward experience for myriad reasons that are outside the scope of this post.

In early June this year, I was hospitalized for the first time in my adult life. What I thought was appendicitis turned out to be a renal embolism. An “embolism” is an egghead term for a clot. In other words, my right kidney stroked out and lost 30% of its working mass to necrosis. I think I cried more in the first week of June 2022 than I have in the rest of my life combined, and none of it was because of physical pain. I've been on blood thinners since the event and will be until at least the end of this month. Even with insurance, the dent these meds make every week in my wallet is substantial.

And last week, out of nowhere, my cat Koopa, our longest-standing feline companion, died at the age of 10, just a few days shy of his 10th adoptaversary. I was woken up by a wheezing sound I'd never heard before, and by that point, he was already long gone. He died in Steph's arms a few minutes after I found him on the floor. Our best guess is that his heart gave out.

When I think of Koopa now, I can only see him in his last moments, and I've been trying to make a conscious effort to change that. This is, in part, what this post is about: an attempt to memorialize the specifics of Koopa as a living being. And before you say something akin to “wait, you're memorializing your cat but not your dad:” look, I had a respectful, if distant, relationship with my dad in my adulthood, but Koopa was with me every day for a decade. That counts for something.

So Koopa, then. I'm building a hall of moments in your name. The way your tail would twitch as I arrived home from work. The chirrups of confirmation when you successfully meowed for my attention. The way you developed a more vigorous style of kneading that used all four paws, which we took to calling “quadkneading.” The way you'd hound us to go to bed so you could park yourself on my pillow. This pillow was your spot. The way you snuggled by my legs if I slept on the couch. The way you always wanted to change the shoulder you were resting on when I picked you up, regardless of which shoulder you were resting on first. Your prodigious heft. Those big goofball eyes. The callus on your front paw. The small slit on the edge of your left ear, the result of an early tussle with Ruby, a slit you returned to her in kind on her right ear. Thousands of head bonks and assorted affections. The crooked cowl and uneven socks of your tuxedo. The way your presence signalled that this was a home.

I am going to miss you so much, my sweet boy. Rest easy.

I need to preface this next section by saying that I don't believe in reincarnation or the transmutation of souls or any similar thing. But what I do believe in is Jungian synchronicity. Someone once said (and I tried to source this; no luck) that all artists are Jungians, and I'm inclined to agree; we all deal in archetypes, and we all play with the images of the collective unconscious. As a writer, I enjoy creating ideas and imagery by triangulating two disparate ideas: this, too, is operating in the realm of meaningful coincidences. When you write, you go out looking for them. But sometimes, when you're minding your own business or having the worst year of your life, they find you.

A mere seven hours after Koopa died—depending on the level of cosmic you want to ascribe to this, it might as well have been simultaneous—a mutual friend visiting their parents in Ottawa sends the group chat a picture.

As our friend exited her car, this flea-bitten, malnourished grey-and-tan tabby accosts them. Perhaps this cat thought, not unfairly, that where there are humans, there's food. Being the friend to the animals that she is, she and her sister drove out to the suburb of Stittsville so a vet could (a) check if she was chipped and (b) prescribe something to help with her nasty case of fleas. They needed a name for the form. They chose “Biscotti.”

We don't know if she has humans; social media posts from the Ottawa SPCA have turned up no leads. We don't know how old she is, but the best guesses of the professionals place her age between 9 and 12. We don't know how long she's been outside; it's as if she just materialized from the ether of the capital. 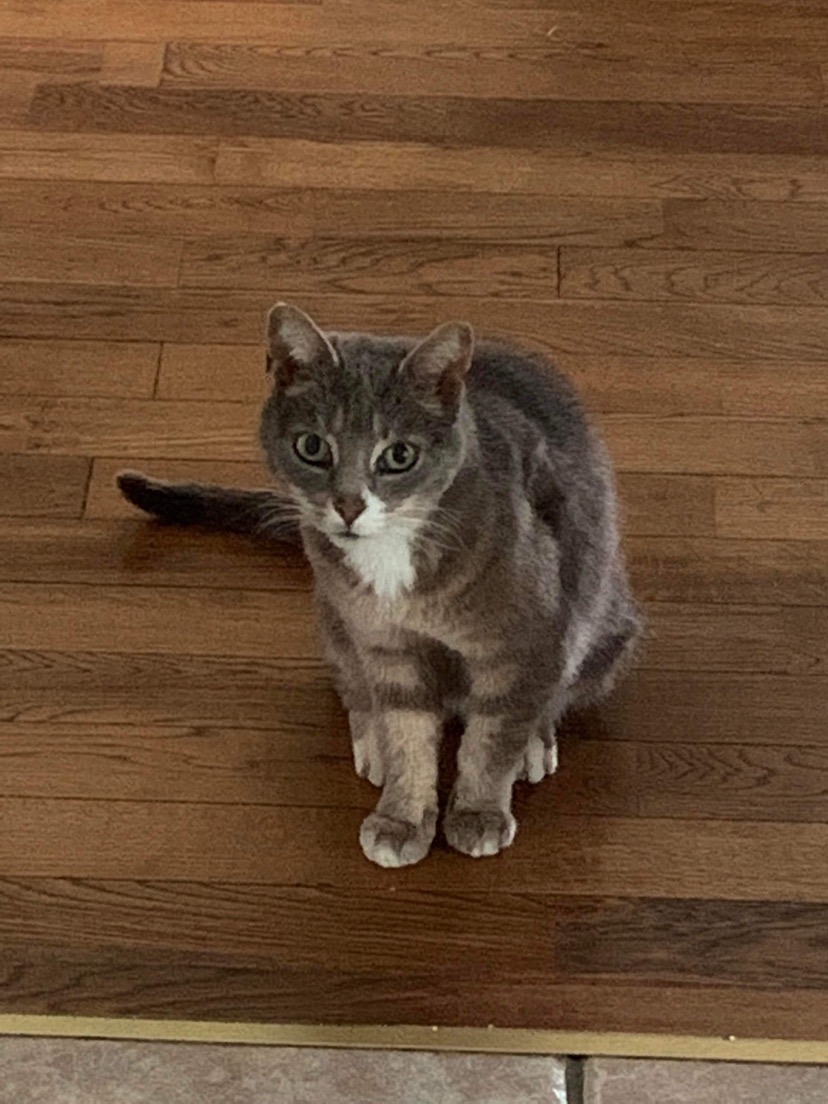 There are five people in this group chat. At first, Biscotti was going to live with one of the mutual friends who found her, but their partner is allergic to cats. Our other friend who found her already had two cats and lives with a third friend, who also has a cat. That left Steph and me; as of seven hours prior, we were out one middle-aged cat. Fate is whatever, but sometimes the signals are too obvious to ignore.

I mean, Steph did beseech Koopa to “please haunt us.”

Biscotti has been eating and drinking normally since being rescued, save for her penchant for eating clay-based litter. Besides this odd pica, the fleas, and the abscess on her right shoulder, she seems all right. Just a sweet, affectionate middle-aged cat with a gravelly meow and a full, loud purr. A cat who chases birds in her dreams. A cat who squares up a paw against whatever she's sleeping on, as if she wants to make sure the edge of the world doesn't fall away as she slumbers. This cat who appeared out of nowhere, 200 kilometres away, as if it sensed there was love out there without a proper conduit. Biscotti didn't have time to be a stranger; she was immediately vaulted to the status of salve. I don't know that we're adopting this cat so much as following the Universe's carefully laid-out instructions.

In a year full of Ls, Biscotti, this mystery cat, this furry apparition, our unlikely avatar of feline continuity, is a bright and shining W, and I've not even been in the same province as her yet. This changes Sunday, when we welcome her into our home, a home that she will, in her way, make whole again. 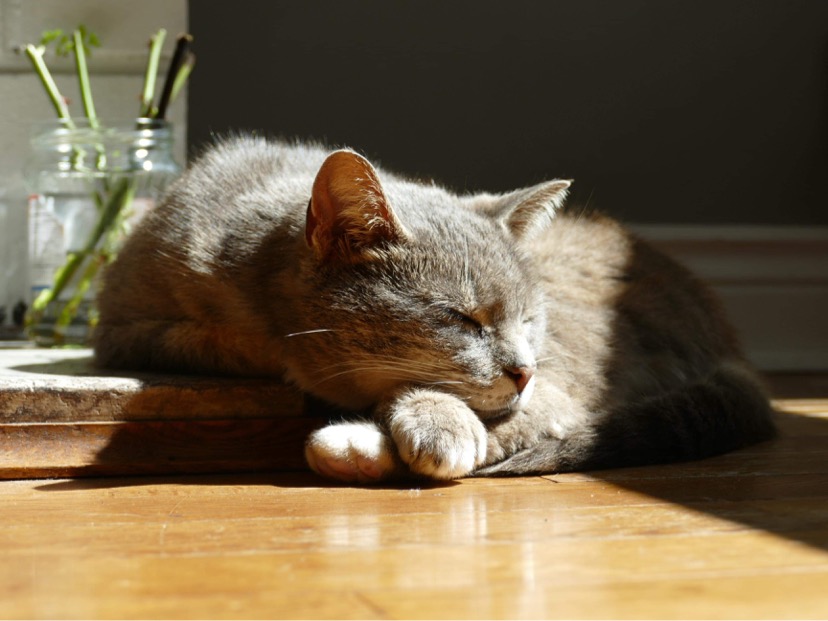